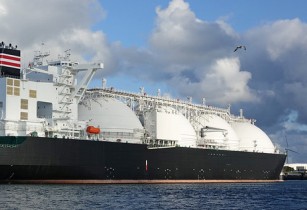 Brent crude prices will average higher in the second half of 2019 than the US$66.31 per bbl average achieved during the January to June period, according to 54 per cent of those polled in GIQ’s monthly Energy Market Survey in June

Almost a quarter (24 per cent) of participants felt the average would remain more or less the same as during the first half of the year, while 22 per cent were less optimistic and thought it would fall below US$66 per bl.

Brent prices averaged in the US$60 per bbl range during the first quarter of 2019, rising briefly to a stronger range in the low US$70s per bbl during April. But the more positive numbers did not last with prices dropping into the low US$60s per bbl in May and June, and this despite the re-imposition of US sanctions on Iranian oil exports as well as heightened geopolitical tensions in the Gulf region.

Weaker global economic growth forecasts and uncertainty caused by the ongoing trade spat between China and the US are dampening demand sentiment.

Meeting in Vienna on Monday, OPEC, with Russia’s backing, announced it would be extending its existing output cut deal which removes 1.2mn bpd, for a further nine months through to March 2020. This seemed to lend a limited amount of renewed support to prices as the decision had largely been factored in by the market.

On the political policy front, a small majority (51 per cent) of those polled in the GIQ survey said President Trump would have the most influence on the direction of oil prices during the second half of 2019, with Russia’s President Putin and Saudi Arabia’s Crown Prince Mohamed bin Salman at 35 per cent and 14 per cent respectively.

The US-China trade and tariff dispute witnessed what appeared to be a brief relaxation at last week’s G20 summit in Japan with the two leaders gesturing positive intentions, but markets and economies remain uneasy and sceptical.

When asked how this might impact US LNG exports, 66 per cent of those polled said Asia (excluding China) would continue to be the largest destination for the product, while 18 per cent said it would be Europe and 16 per cent that it would be India. US LNG exports have surged in recent years, with the country becoming the fifth largest exporter last year. In 2018, 24 per cent of US LNG exports went to China.