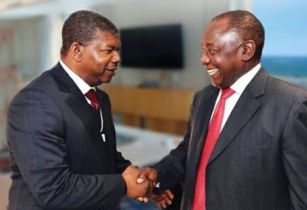 As Angola works in attracting foreign investors from the Americas, Europe, the Middle East and Asia, its closest African neighbours are also entering the race to tap into vast investment opportunities in Africa’s second-biggest oil producing market

President João Lourenço chose South Africa as his first state visit destination as President, which was followed in 2018 by a South African trade and investment mission to Luanda.

While Mozambique’s LNG megaprojects are seen for many South African construction, services and supply companies as very attractive and nearby opportunities, a sizeable and expanding market like Angola has also appeared on their radar in recent years.

Under the Integrated Resources Plan set to be adopted by the country this year, 8,100MW of additional gas-to-power capacity is to be added in South Africa by 2030. South Africa also remains sub-Saharan Africa’s largest refiner and is planning additional refining and petrochemicals units that will all require crude oil and natural gas supplies that do not exist domestically.

Angola, with its reformed business environment, will be hosting a strong delegation of South African companies during the upcoming Angola Oil & Gas Conference 2019 in Luanda from 4-6 June. The summit is organised by Africa Oil & Power and endorsed by the Ministry of Mineral Resources and Petroleum of Angola.

“The economic reforms passed by President Lourenço and the opening of wide swaths of oil and gas acreage constitute the single biggest exploration opportunity in the history of Angola,” said Guillaume Doane, CEO of Africa Oil & Power.

Amongst the new entrants, the Strategic Fuel Fund (SFF), a CEF group company, will be present to look into the various licenses and blocks Angola has to offer. The state-owned entity already recently became owner and operator of South Sudan’s Block B2 under an exploration & production sharing agreement (EPSA) signed in Juba this month and is keen to continue securing additional assets and reserves across Africa’s key oil markets that can benefit South Africans.

“The Strategic Fuel Fund seeks to invest in and acquire key oil & gas assets across Africa that can be of important interest to the host countries and South Africa” declared Godfrey Moagi, CEO of the SFF. “In our quest for attractive assets with vast resource potential, we believe Angola offers the right kind of environment, mature fields and political leadership needed to realize successful ventures.”