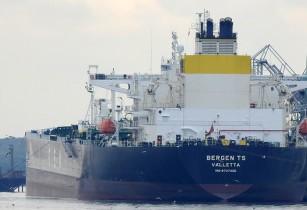 Algeria is seeking to increase gas exports to Asian markets, but with domestic demand rising and new projects stalled, significant new supplies will be needed in the medium term to achieve this goal, says GlobalData, a data and analytics company

A number of projects already in the pipeline may yield some output increases in the next few years, improving the country’s export potential, but the new investment will be required in the longer term.

Toya Latham, oil and gas analyst for GlobalData, said, “In an attempt to boost domestic supply, Algeria is reviewing the legislation governing its hydrocarbon sector.”

“The country’s current fiscal terms are relatively unattractive, but the revised hydrocarbons law is anticipated to reduce the administrative burden faced by investors and to introduce tax incentives to promote exploration investment and project development,” he added.

It is uncertain whether the amendments will be significant enough to attract major investment. Furthermore, legislative instability may also be a concern for investors as the hydrocarbons law has changed frequently since 2005, decreasing the stability of the investment environment.

“In addition to this legislative uncertainty, political instability threatens to hinder the progress of the reforms. Following the recent resignation of the president, it is likely that the enactment of the new law will be slowed, which may further frustrate the country’s ambitions to increase or even maintain export levels,” he concluded.