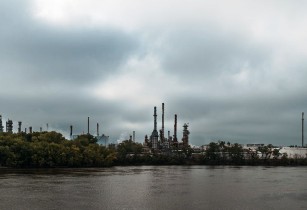 The US shale production, the chief source of rapid growth that made the US the world’s largest oil producer, is slowing down fast, according to a new report by analytics firm IHS Markit

But those volumes would still be in stark contrast to the boom levels of recent years, said Raoul LeBlanc, vice-president for North American unconventionals, IHS Markit.

The major challenge for producers now is to meet investors’ new focus on the return of capital. This comes at a time when companies are facing a prolonged period of lower prices and when access to financing from capital markets has become difficult, the report added.

Exploration and production (E&P) companies are trading at multiples that are half to one-third of what they were in 2017, and debt markets are unwilling to provide fresh debt for all but the largest shale players.

“The combination of closed capital markets and weak prices are pulling cash out of the system,” LeBlanc noted. “Investors are imposing capital discipline on E&P’s by pushing down equity prices and pushing up the cost of capital on debt markets.”

“It all represents the strongest headwinds for shale producers since the oil price collapse in 2015,” LeBlanc stated.

Aggravating the situation is that some options for weathering the storm that worked then will not be available this time, the report said.

“Operators were able to outperform the price collapse in 2015-2016 because they were able to vastly outspend cash flow thanks to accommodative debt and equity markets, while at the same time achieving huge leaps in well productivity and capital efficiency,” LeBlanc added. This time around, capital markets are sceptical and wary, and the scope for further productivity gains is limited.”

Nevertheless, the industry retains the ability to still grow rapidly under the right conditions, the report found. The IHS Markit analysis shows that a US$65 per barrel oil price would provide the ability to post strong volume growth while also providing meaningful returns to shareholders.

The crucial tipping point for this new shale era appears to be oil prices somewhere near the mid-US$50s—the point where it remains viable to have both some production growth and deliver shareholder returns, the report said.

“There is certainly ample inventory of high-quality wells out there,” LeBlanc said. “Shale producers are making a deliberate change to the business model in response to investor demands. The question becomes, what are the new conditions for growth? The answer is that now the trajectory of production depends almost entirely on the oil price.”