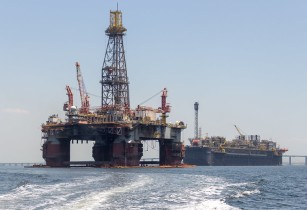 Global merger and acquisitions (M&A) and raising activity in the oil and gas upstream sector totalled US$63.4bn in Q3 2019

Praveen Kumar Karnati, oil and gas analyst at GlobalData, commented, “Capital raising, through equity offerings witnessed a substantial decrease in deal values, recording US$1.2bn in Q3, compared with US$14.5bn in Q2. The number of equity offering deals also decreased by 17 per cent from 109 in Q2 to 90 deals in Q3.

The top M&A deal of Q3 was BP’s agreement to sell its entire upstream and midstream business in Alaska to Hilcorp Energy for a consideration of US$5.6bn. Following the transaction, BP will exit from Alaska oil and gas business.

“BP’s net oil production from Alaska in 2019 is expected to average almost 74,000 bpd. Baker Botts is acting as legal advisor to BP and Kirkland & Ellis is acting as legal advisor to Hilcorp in the transaction. The transaction is in line with Hilcorp’s strategy of acquiring mature fields from major oil companies and slashing costs,” Karnati added.