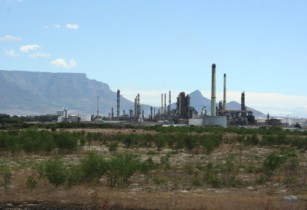 Over the next five years, capital expenditure is to be cut by US$100 bn in Sub-Saharan Africa, including exploration cuts will contribute to 46% oil production decline by 2030

According to Wood Mackenzie's latest report on upstream activity in the region, capital investment in the oil and gas industry in Sub-Saharan Africa has been cut by US$100 billion over the next five years.

Femi Oso, senior research manager for Sub-Saharan Africa at Wood Mackenzie, says: "Exploration cuts in the region will also contribute to a longer-term production slump as explorers have shied away from greenfield prospects, in favour of appraising known discoveries. However, the confirmation of the giant Owowo discovery in deepwater Nigeria shows the quality of resources Sub-Saharan Africa still has to offer."

Wood Mackenzie expects a slow recovery for exploration. Operators will benefit from cost deflation and will improve efficiency through streamlining project design.

"Governments in Sub-Saharan Africa need to revive the upstream oil and gas industry by offering attractive fiscal terms rather than look to increase state revenues in the current climate," says Oso.

The biggest upstream success story in Sub-Saharan Africa is East Africa’s emergence as a gas region of global importance. With over 168 trillion cubic feet of gas found and limited regional demand, East Africa is on track to become a major global LNG supplier and various export projects are awaiting final investment decision.

According to Wood Mackenzie's research, Mozambique and Tanzania gas project economics are resilient and will "transform the global LNG market".

"Mozambique and Tanzania’s LNG projects have remained relatively unscathed by cuts and will be timed to align with global LNG demand growth to achieve a better price," explains Oso. "The projects will appeal to buyers looking to diversify their portfolios and BP has already committed to offtake all volumes from Eni's Coral FLNG," he adds.

"The expected increase in gas production in Sub-Saharan Africa, from 6 bn cubic feet a day (bcfd) currently to 13 bcfd next decade, is very good news for the region."