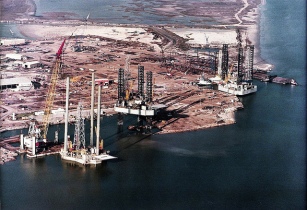 RoyalGate Energy, Houston-based independent oil and gas firm, said in a statement that it has been granted an extension on its Block Z license in Equatorial Guinea, with plans to commence drilling as the oil price stabilises and the market recovers

The company plans to drill in the country’s Block Z, which holds an estimated 3.6 tcf of gas reserves in place and 25mn boe of condensate.

The company added that additional seismic showed four more high potential prospects in the area such as Tulip, Daisy, Buttercup and Sunflower.

The Houston-based independent is also interested in Angola’s marginal fields licensing round being launched at Angola Oil & Gas 2019 in Luanda in June.

“Marginal fields provide an excellent opportunity for independents like RoyalGate Energy to thrive in competitive upstream markets like Angola. “We are eager to potentially expand our operations in Angola,” he added.