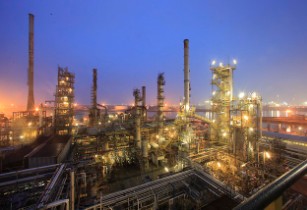 The project will produce, liquefy and market natural gas from three Mamba complex reservoirs located in Rovuma Basin area four block, two of which straddle the boundary with neighbouring area one.

Liam Mallon, president of ExxonMobil upstream oil and gas company, said, “The development plan approval marks another significant step toward a final investment decision later this year. We will continue to work with the government to maximise the long-term benefits this project will bring to the people of Mozambique.”

Ernesto Elias Max Tonela, minister of mineral resources and energy, added, “This is the third development plan approved in this five-year period to enable the sustainable development of the huge natural gas reserves discovered in the Rovuma Basin and represents the government’s commitment to ensure the implementation of projects that will drive the development of Mozambique,”

“We want Mozambican entrepreneurs and Mozambicans to be the main beneficiaries of the various business opportunities made available by the multinationals because we believe that these companies should grow with the national businesses and with Mozambique,” added Tonela.

Alessandro Puliti, Eni’s chief development, operations and technology officer, noted, “The expected production from the area four block will generate substantial benefits for Mozambique and the area four partners. The development plan details our commitment to train, build and employ a local workforce and make gas available in support of Mozambique’s industrialisation.”

Area four is operated by Mozambique Rovuma Venture SPA (MRV), a joint venture owned by Eni, ExxonMobil and CNPC, which holds a 70 per cent interest in the area four exploration and production concession contract. Galp, KOGAS and Empresa Nacional de Hidrocarbonetos EP each hold a 10 per cent interest.