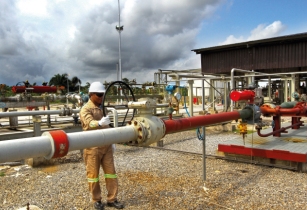 Fitch Ratings has described the risks faced by the EMEA small oil and gas exploration and production companies, noting that the sustained fall in global oil price has deteriorated the liquidity positions of small upstream companies in the region

Nigeria-based Seven Energy International Limited announced that its short-term liquidity has severely been affected by a range of external factors. The company had been facing difficulties since early 2017, when the state-owned Nigerian Petroleum Development Company Limited (NPDC) intended to terminate its oil agreement with Seven Energy unless it met required cash calls.

In May 2017, Nigeria’s Seven Energy International Limited’s long-term issuer default rating was downgraded to ‘C’ from ‘CC’ when the company missed coupon payments as per the bonds after the Forcados oil pipeline and terminal closed due to the threat of militant attacks.

Although Forcados has recently re-opened for operations, it is unclear when Seven Energy will start receiving its oil allocations from NPDC.

Fitch Ratings also revealed that the liquidity is still tight for the small upstream companies in the EMEA region due to their restricted ability to convert local-currency receipts into hard currency. The Seven Energy was facing difficulties in converting Nigerian naira into US dollars to better align the currency in operating cash flows and debt services, which, in turn, further tightened the oil firm’s liquidity.

The rating agency also observed that the small upstream companies find difficulties in accessing an alternative source of funding, thus further degrading the liquidity positions for the companies in the region.

In addition, Fitch noted that some upstream companies face risks over whether the local government would meet the financial obligations to the company in full and on time. As noted by Seven Energy, the backlog of unpaid invoices from Nigerian government for the supply of gas to Nigerian federal and state owned power stations have severely affected the company’s short-term liquidity position.

Among the African small upstream companies, Kosmos Energy is in the strongest position, with more than US$1bn of forecast liquidity in 2017, on the basis of 2017 base case for Brent oil of US$2.5/bbl, according to the Fitch Ratings.