Global offshore projects to yield 8.1 mmbbl per day of crude by 2025, says GlobalData 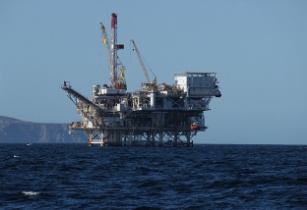 Globally, the total crude and condensate production from announced and planned global offshore projects is expected to be around 8.1 mmbbl per day of crude and about 47.3 bcf per day of natural gas by 2025, according to GlobalData, a leading data and analytics company

The company’s latest report, “Q2 2018 Production and Capital Expenditure Outlook for Key Planned and Announced Upstream Projects in Global Offshore Industry – Brazil Leads in Planned Projects Count,’’ also reveals that a proposed capital expenditure (capex) of US$201bn is expected to be spent on the development of global offshore planned projects, and US$361bn is expected to be spent on key announced offshore projects.

Anna Belova, oil and gas analyst at GlobalData, commented, “The global top three countries in terms of highest capex will be Brazil, Mozambique and the US respectively.”

Globally, 375 planned and announced offshore crude and natural gas projects are expected to commence operations in 52 countries during the period 2018–2025.

Although Brazil leads the planned projects count, in terms of the total number of upcoming global offshore oil and gas projects expected to start operations during the period 2018-2025, Mexico leads with 39 planned and announced projects followed by the UK with 38 and Brazil with 34 projects.

The leading operators of these offshore projects are Petroleos Mexicanos with the highest operatorship of 32 planned and announced projects. Petroleo Brasileiro SA has 23 and CNOOC Ltd has 15 projects.

In terms of total spend Royal Dutch Shell Plc, Petroleo Brasileiro SA and Exxon Mobil Corp have the highest level of spending on the upcoming planned and announced projects with US$55.3bn, US$38.9bn and US$38.1bn respectively. 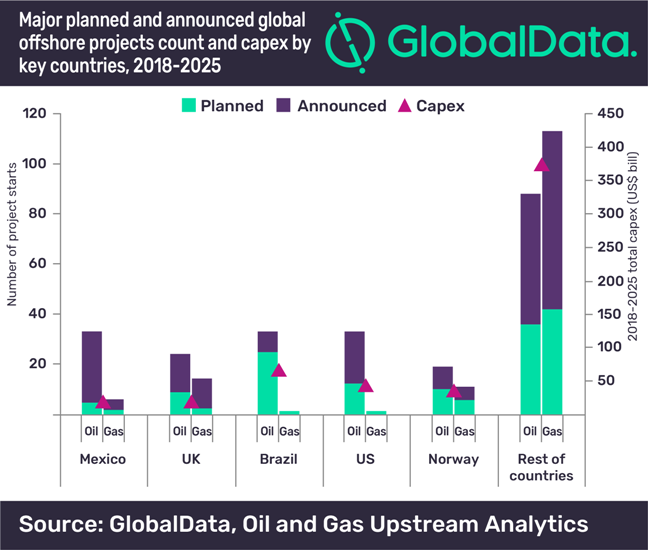