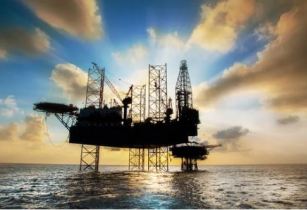 Gaz du Cameroun (GDC), wholly-owned subsidiary of Victoria Oil & Gas, has received approval from the Minister of Mines, Industry and Technological Development for the extension of the Matanda Block licence

The exploration phase of the licence has been extended by one year from 17 December 2021. This has been approved by the minister and the associated Arrêté (Decree) has been received.

Victoria Oil & Gas’ estimate of prospective resources remains unchanged from those previously reported, namely 1,196 Bcf in the Matanda Licence (onshore), the onshore being the area of initial focus.

The results of a rigorous prospect evaluation, including significant weighting on ESG elements of the site and operation, led to the selection of the Marula prospect for the first well, the largest of the onshore, Tertiary-aged prospects with internally estimated unrisked Pmean Prospective Resource of 69 Bcf, and better than 40% geological chance of success.

Using the environmental and social impact assessment (ESIA), coupled with the addition of ESG issues to the prospect evaluation table, resulted in a well location that is on Government-owned, late life plantation land, and more than three kilometres from any dwellings. The site is also away from areas of vulnerable Mangrove forestation which conservationists are working hard to protect in the coastal areas on the Matanda Block.

Roy Kelly, CEO of Victoria Oil & Gas, said, “The first well will be in the highly prospective onshore area where nearby wells in a similar play (in the contiguous Bomono license) underwent extended well tests and have significantly derisked these shallower plays. I am particularly pleased with the role played by our ESG team in influencing the selection of well location mindful of human and natural habitats around the wellsite.”