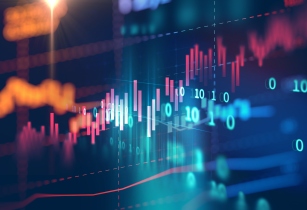 Africa’s energy landscape is on an upward trajectory, backed by new and existing partnerships between key stakeholders, according to the African Energy Chamber’s (AEC) Q1 2022 Outlook

According to the report, Africa’s oil and gas sector is experiencing underproduction and underinvestment as international majors exit portfolios in key hydrocarbon producing countries such as Nigeria and Angola. Projects operated by majors, especially across West Africa are notorious for high emission rates and the deep-water projects are cost intensive.

Many a times, the delays in the “conceptualisation to implementation” in the required fiscal changes or announced fiscal changes has also led to many projects getting delayed. Nigeria has also been plagued by the pipeline vandalism which has resulted in millions of barrels lost to oil spills and environmental issues. The major Nigeria onshore operator – Shell plc has been often faced with legal actions in the recent past.

In this regard, Africa’s upstream sector can see a significant change if the oil and gas majors that are lined up to shed assets in key producing nations eventually divest their portfolios to the relatively lesser known and lesser funding rich indigenous companies. Large international players have long been the driving force of the sector in the region – mostly notably in OPEC members Nigeria and Angola.

Many local players have already bought into or are reported to be actively bidding for the assets put up for sale by majors, particularly in Nigeria and Angola. Five companies – Sahara Group, Seplat Energy, Famfa Oil, Nigeria Delta Exploration & Production (NDEP) and Troilus Investments – are reportedly planning to bid for Shell’s stakes in as many as 19 oil mining leases (OML) in Nigeria, where the deadline for submitting bids is 31 January this year.