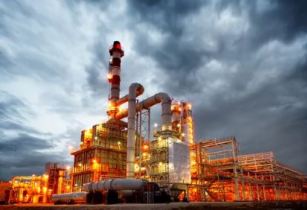 Global upstream merger and acquisition (M&A) deals rebounded to pre-Covid-19 levels in 2021, reaching a total of US$181bn, a 70% increase over 2020, according to Rystad Energy research

The share of resources sold in deals shifted in 2021, with gas accounting for 56% of all traded resources, a sizeable jump from the 43% share it had in 2020. Oil accounted for 31%, and natural gas liquids came in at 9%. This shift was primarily driven by the North American acquisitions in 2021 but was also helped by deal activity in other regions.

“With a strong potential deal pipeline, continuous pressure on companies to transform amid a global push to lower carbon emissions while simultaneously delivering profitable oil and gas production, and an average oil price of above $60 per barrel expected for 2022, the upstream M&A market is likely to stay active for the foreseeable future,” said Ilka Haarmann, senior analyst at Rystad Energy.

Company acquisitions totaled US$76bn, around 42% of the global announced deal value in 2021, a drop in share compared with 2020 when purchases accounted for about 57% of the total deal values. The largest company acquisition by deal value was the merger of Cimarex Energy with Cabot Oil & Gas, which was valued at about US$17bn. Following suit with most other North American acquisitions announced in 2021, the deal agreement was signed in the year’s first half. Cimarex and Cabot did not have overlapping asset positions.

The largest field acquisitions were Aker BP’s announcement to acquire Lundin Energy’s oil and gas portfolio, valued at about US$14bn, and ConocoPhillips’ acquisition of Shell’s Permian Basin position for US$9.5bn. Field acquisitions in the Permian totaled US$19bn in 2021, accounting for more than half of North American field and license acquisitions, which totaled US$35bn. Russian acquisitions amounted to US$12bn, while in Europe, they clocked in at around US$24bn.