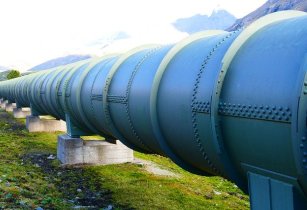 Noting that more than three-quarters of the pipeline will run through Tanzania, spokesperson of Tanzanian government Hassan Abassi stated that the country is expected to earn an estimated US$3.24bn once the project will be is operational and create more than 18,000 jobs over the next 25 years.

The East African Crude Oil Pipeline (EACOP) is a strategic priority for landlocked Uganda, which is keen to export its hydrocarbon reserves out to Tanzania and beyond. The 1,443 km pipeline route will take Ugandan oil from Lake Albert, then tracks a route south of Lake Victoria and out to the Indian Ocean port of Tanga on the Tanzanian coast. But the idea has been repeatedly delayed, grinding to a halt last year amid tax disputes and the collapse of a proposed buyout deal between two of its major partners.

The agreement is in line with Uganda’s President Yoweri Museveni’s deal with Total, which lays the groundwork for a final investment decision in the coming months. Total commends the Ministry of Energy and the government of Tanzania at large for its cooperation in ensuring the EACOP project is a success and restates its commitment to comply with national laws and international best practice standards.

Total said in April that it is paying Tullow US$575mn, with an initial payment of US$500mn at closing and US$75mn when the partners take the final investment decision (FID) to launch the project, although it is unclear when this will be. The deal means the French oil giant will acquire all of Tullow’s existing 33.3% stake in each of the Lake Albert project licenses (EA1, EA1A, EA2 and EA3A) as well as the proposed pipeline system. The transaction is still subject to approvals and to CNOOC’s right to exercise pre-emption on 50% of the transaction.