Total and Sonangol to develop retail operations in Angola 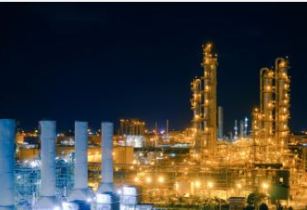 The closing follows the approval received from antitrust authorities and the related legal establishment of Total Marketing & Services Angola S.A., a 50-50 joint venture between Sonangol and Total.

Already long-term partners in the upstream business, Total and Sonangol will develop retail operations together through their joint venture in the fourth-largest market in sub-Saharan Africa.

Initially, they will focus on marketing fuel and selling lubricants in the B2C and B2B segments, notably through the deployment of a TOTAL-branded network of service stations, the first of which was inaugurated in the capital, Luanda, last December.

Sonangol is bringing 45 existing service stations located in urban areas and along highways in ten coastal and central provinces. On its end, Total will provide the necessary financial resources to meet the partners’ objective of doubling the number of service stations over the next five years. They will develop B2B business and lubricant sales at the same time.

Backed by its distribution and sales expertise and customer-centred culture, Total, alongside its partner Sonangol, will contribute to the rapid development of a service station network that meets the highest international standards and provides customers with a quality line-up of products and services.