ACP-EU votes in favour of EACOP 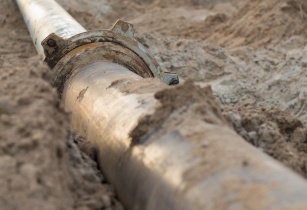 The ACP-EU resolution now waters down an earlier stance by the European Parliament that had expressed 'grave concern' around alleged human rights violations in Uganda and Tanzania, linked to the Lake Albert project.

The ACP-EU Assembly, which brings together an equal number of elected MPs from the African, Caribbean and Pacific (ACP) states and Members of the European Parliament, made changes to 'Operative Clause 5' of its Resolution on the Global Challenges of Climate Change Cooperation for Adaptation and Migration.

The Resolution was passed ahead of the 27th United Nations Climate Change Conference, and initially called for a ban on all new oil exploration projects. It read in part, “…achieving the 1.5 ° C target, requires that no new oil gases fields be approved, nor any new coal mine or extensions to existing ones.”

The parliament in the new amendment as such 'acknowledged the importance of fair phase out and gradual transition from fossil fuels to renewable energy, stressing that achieving the 1.5° C target requires the drastic scaling up of renewable energy and supporting a global just transition'.

Tayebwa said, while announcing the good news, that the Ugandan MPs 'burnt the mid night candle' lobbying for the amendment.

Tayebwa described the vote as a 'big win for EACOP'.

The EU decision was widely condemned by Uganda and Tanzania.

TotalEnergies, a shareholder in Tilenga and EACOP, dismissed the resolution, arguing that the world was 'hungry' for energy.  Moreover, most of the environmental concerns, it added, were addressed in the environmental social impact assessment activities and biodiversity action plan. TotalEnergies' partner on the project, CNOOC Uganda Limited, also defended the project.

“We are committed to delivering first oil to Uganda and there’s no turning back,” a CNOOC official stated.

Tayebwa disclosed that the Ugandan legislators held a fruitful engagement with EU colleagues on climate change and registered 'our disappointment with their recent unilateral resolution on EACOP'.

Malte Lenz Gallée, a member of the European Parliament, who was also part of a four-member EU Parliamentarians’ team, which visited Uganda at the end of July 2022 on a fact-finding mission, accepted the outcome of the ACP-EU vote.

The EACOP measuring 1,443 kms will transport crude oil from Kabaale in Hoima District in Uganda to the Chongoleani Peninsula near Tanga port in Tanzania from where it will proceed to the international market.

*Excerpts from a slightly abridged article by Alex Esagala, Parliament of Uganda