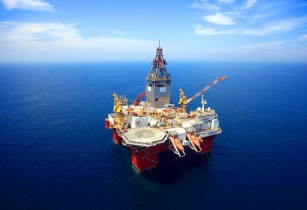 Oil services company TechnipFMC said that its board of directors approved its plan to separate two independent, publicly traded companies

TechnipFMC, the product of a 2017 merger between Technip S.A. and FMC Technologies, plans to divide the transaction into “RemainCo” and “SpinCo”. It expects the transaction to be structured as a spin-off of the onshore/offshore segment of the company.

According to TechnipFMC, RemainCo would be an integrated technology and services provider, continuing to drive energy development. While SpinCo would be an engineering and construction (E&C) player, poised to capitalise on the global energy transition.

According to TechnipFMC, RemainCo would be an integrated provider of technology and services that would continue to drive the development of energy. While SpinCo would be an engineering and construction (E&C) player, it is poised to capitalise on the global energy transition.

The company stated that each company would have:

Doug Pferdehirt, chairman and CEO of TechnipFMC, stated, “Since the creation of TechnipFMC, we have pioneered the integrated business model for subsea and transformed our clients’ project economics.”

“To further enhance value creation, our board of directors and management team have continuously evaluated strategic options and, after a comprehensive review, determined that it is in the best interest of TechnipFMC and all of our stakeholders to create two diversified pure-play leaders,” he added.

TechnipFMC stated that RemainCo, which will have approximately 22,000 employees, will be the largest diversified pure-play company in the industry. Pferdehirt and current TechnipFMC Executive Vice-President and Chief Financial Officer Maryann Mannen will retain their roles at RemainCo, which TechnipFMC added will be incorporated in the UK and headquartered in Houston and listed on the NYSE and Euronext Paris exchange.

Catherine MacGregor, a Schlumberger alum who serves as president of TechnipFMC’s New Ventures unit and joined TechnipFMC last month, will be SpinCo’s CEO.

Other executives at the roughly 15,000 spin-off will include CFO Bruno Vibert and Chief Operating Officer Marco Villa, stated TechnipFMC, adding that SpinCo will be one of the world’s largest pure-play E&C firms. Also, the Netherlands-incorporated, Paris-headquartered and Euronext Paris-listed SpinCo reportedly will be well placed to capture projects in the downstream, LNG and alternative energy markets.

TechnipFMC stated that it expects to complete the separation during the first half 2020, subject to regulatory approvals, general market conditions, consultation of employee representatives and final board approval. Following the transaction, all outstanding SpinCo shares will be distributed to existing TechnipFMC shareholders, the firm added.

“We are confident that the separation would allow both businesses to thrive independently within their sectors, enabling each to unlock significant additional value,” concluded Pferdehirt.