Africa should be supported in determining its own energy future, delegates at the AIEN’s International Energy Summit in London heard 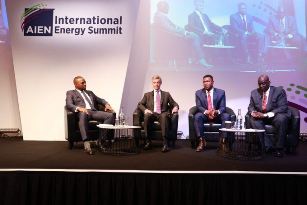 The panel discussed Africa's energy future, the impact of events in Europe and the investment outlook. (Image source: AIEN)

A lively panel session moderated by Shakwa Nyambe, founder and managing partner of SNC Incorporated, discussed Africa’s energy future, the impact from events in Europe, and the international investment outlook. Participants encouraged a balanced and pragmatic approach to the energy transition in Africa, where 600mn people lack access to electricity and energy poverty is a critical issue.

One of the biggest issues raised is the problems with comparing policies in Europe, Africa and the rest of the world. Paul McDade, CEO and founder of Afentra, said, “When you go into someone else’s home, you need to be able to see things from their perspective. Africa needs to be able to develop Africa, with our support, in the context it wants to develop itself. There is a changing landscape in Africa, which has huge potential, but needs to be handled in the right way. The transition away from oil and gas is much further away than the West is saying.”

“Africa is at a crossroad where we are facing a global tsunami,” added NJ Ayuk, chairman of the Africa Energy Chamber. “There is a big transition on the horizon and we need new technologies. However, we are told by Europe we need to get away from the oil and gas industry, and then we see new LNG terminals opened in Germany, and a coal mine announced in the UK.

“We need to change and do things differently, but it is not time for our continent to back out of the oil and gas industry. Our future is drilling for more oil and gas, responsibly and sustainably. When we demonise oil and gas companies, we are shooting ourselves in the foot.”

Kalidou Gadio, partner at Curtis, said, “The question isn’t about using fossil fuels in a harmful way, or not using them at all. We can do both. We can use them in a responsible way. The big companies can produce oil and gas in a sustainable way. Exploration is continuing in Africa – it is not going to stop. As long as there’s a buyer, we will produce.”

The Russian invasion of Ukraine has also had a big impact on the outlook in Africa.

“Ukraine has caused opportunities for Africa,” said Gadio. “As long as Europe is in need of energy, they will finance places like Africa. Financing is better today than it has been, but it could also reverse. The future of Africa shouldn’t rely on a war in Europe.”

Africa's oil and gas potential was also highlighted at earlier sessions of the conference. Delegates heard from Westwood Global Energy that the two largest discoveries worldwide in 2022 were the Venus and Graff frontier plays in Namibia, at 3,000mn boe and 500mn boe respectively. Eni is exploiting major discoveries in Ivory Coast and Angola, while Africa is a focus area for TotalEnergies, which described the Venus discovery in Namibia as one of its most promising and significant discoveries globally.