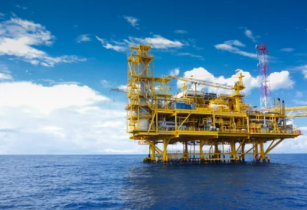 SPIE Oil & Gas Services, an international subsidiary of SPIE, the independent European leader in multi-technical services in energy and communications, has been awarded a five year contract by TotalEnergies EP Angola for the provision of general maintenance services on Dalia and Girassol FPSOs in Block 17, in the deep waters of Angola

Within the frame of this contract, SPIE Oil & Gas Services will have permanent teams on each FPSO as well as a campaign team and a preparation team onshore. SPIE will oversee the preparation, supervision, execution and management of preventive and corrective maintenance works for all disciplines (Mechanical, Electrical, HVAC, Instrumentation, Packages, ICSS, PLC, etc.). SPIE will also be coordinating specific maintenance contracts and technical assistance linked to production activities.

TotalEnergies' EP Angola requirements and SPIE’s strong safety culture both aim at achieving the same objective: zero accident. This represents an absolute priority for both parties. Clear nationalisation objectives have also been set in the contract throughout the five year period, and their achievement will be evaluated annually by TotalEnergies EP Angola.

Jeronimo Oliveira, managing director of SPIE Oil & Gas Services branch in Angola, explained “We are delighted to continue our fruitful collaboration with TotalEnergies in Angola and to support them in their projects and their development in the country”.

The deep offshore FPSOs are located off the Angolan coast, in Block 17, approximately 150 km from Luanda, with water depths of around 1,350 m for Girassol and 1,400 m for Dalia.