Process industry companies are set for full autonomous operations by 2030 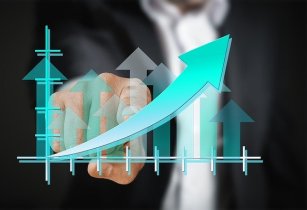 Around 89% said their companies currently have plans to increase the level of autonomy in their operations. Regarding their current status, 64% said that they are conducting or are piloting semi-autonomous or autonomous operations, while 67% expect significant automation of most decision-making processes in plant operations by 2023.

Cyber security (51%), cloud, analytics and big data (47%), and artificial intelligence (42%) are three major areas in which companies are planning significant investment over the next three years. These will enable organisations to make better decisions across a greater span of control.

COVID-19 will be a catalyst for industrial autonomy

COVID-19 has arguably presented a great impetus for industrial autonomy moving forward. A higher priority is now being placed on the ability to continue running operations without workers needing to be present. A majority of respondents are expecting to increase their investment in autonomous operations as a direct result of COVID-19.

Remote operations and remote servicing came out as two of the crucial applications for which priorities have increased, with a respective 36% and 30% of participants selecting them. The ability to conduct work without the need for workers to be present in a hazardous environment provides significant safety and cost benefits.

The survey also uncovered significant differences across industries in post-COVID-19 investment priorities. For example, compared with other industries, conventional power generation and chemical/petrochemical participants placed a greater focus on investments in worker safety.

Asia-Pacific is most engaged in the shift to industrial autonomy

“From this research study, we have confirmed our perception that the shift from industrial automation to industrial autonomy, which we call IA2IA, is going to gain momentum over the next decade. As COVID-19 will accelerate this trend, and companies' interest in introducing related technologies continues to be strong, Yokogawa can support customers in strengthening their competitiveness step by step based upon our roadmap to autonomous operations,” said Tsuyoshi Abe, senior vice-president and head of the Marketing Headquarters at Yokogawa.