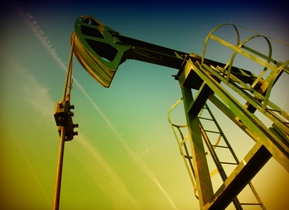 The OPEC Conference has recommended an extension of the adjustment levels agreed at the last OPEC and non-OPEC ministerial meeting and a further reduction of 1.5 mn bpd until 30 June

Meeting for the remainder of the year. It also agreed to recommend a further adjustment of 1.5 mn bpd until 30 June 2020 to be applied pro-rata between OPEC (1.0 mn bpd) and non-OPEC producing countries (0.5 mn bpd) participating in the Declaration of Cooperation.

In a statement, OPEC commented, “The COVID-19 outbreak has had a major adverse impact on global economic and oil demand forecasts in 2020, particularly for the first and second quarters. Global oil demand growth in 2020 is now forecast to be 0.48 mn bpd, down from 1.1 mn bpd in December 2019. Moreover, the unprecedented situation, and the ever-shifting market dynamics, means risks are skewed to the downside.

The Conference noted that the further impact of the COVID-19 outbreak on oil market fundamentals necessitates further continuous monitoring.”

“It shows the producers’ group is serious about getting on top of the oversupply in the market. Compliance itself probably won't be full, but even moderate adherence should be enough to stabilise the market through the second quarter.”

She added: “However, if the demand loss we are experiencing continues into the second quarter, the group may need to revisit the cuts and reassess them.

“In our current projection, world oil demand is expected to fall 2.7mn bpd in the first quarter. This is a massive drop, and it shows the scale of the problem OPEC+ faces.

“China’s demand alone is expected to fall by 2.3mn bpd in the first quarter.

“The drop in global demand is the most severe the market has seen since the fourth quarter of 2008, at the height of the global economic crisis.”

She added, “Whether Russia will agree to the cuts is the million-dollar question. Russia hasn’t signed on yet and as the leader of the non-OPEC group, their agreement is key. Given their history of co-operation with OPEC, we expect they will agree. Russia could, at the very least, hold production flat during the second quarter.”

IHS Markit commented, “Oil inventories are likely to experience a large increase, particularly in China and the Middle East, unless OPEC at its ministerial meeting cuts production in a major way.”