In June last year, the Mineral Resources and Energy department raised the alarm on diesel-paraffin mixtures being sold as diesel at some petrol stations, confirmed by samples collected 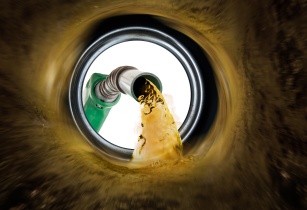 The Mineral Resources and Energy department is currently working on a marker to ensure greater traceability of paraffin in diesel. (Image Source: Adobe Stock)

The department also noted that imports of illuminating paraffin have increased significantly over the past year. As a result, it is currently working on a marker to ensure greater traceability of paraffin in diesel.

The price of diesel at the pump is not regulated in South Africa and therefore will differ. However, the source of the product is mostly the same, being locally refined or finished product imported by the oil majors. This means that it is not uncommon to find differences in diesel pricing even in rural areas.

The price is not just dependent on the cost of crude oil, but also on domestic demand. This is because all imported diesel passes via various retail stations and depots before finally making its way onto the nation's roads. But some retailers sell the diesel at much higher margins as the product may not be 100% diesel but instead mixed with paraffin.

The addition of a liquid fuel such as kerosene or illuminating paraffin to diesel is known as adulteration. This produces an inferior quality product that can damage vehicles, reduce their efficiency and increase the emissions of harmful pollutants. Mixing diesel with paraffin to sell to unsuspecting customers is therefore illegal and service stations found with adulterated diesel could face immediate closure and prosecution.

The South African Petroleum Retailers Association (SAPRA), however, has reiterated government’s warnings about increasing instances of criminality at the pumps, reporting at least 200 cases of illicit trading since November 2020 which include diesel adulteration – especially in Limpopo and Mpumalanga.

Paraffin data further underscores the depths of the problems. According to the South African Petroleum Industry Association’s long-term sales data, which represents the major petroleum and liquefied petroleum gas companies in the country, the base consumption of illuminating paraffin in the country was roughly about 600,000 kilolitres per year. Over the past three years, however, it has doubled to reach some 1.2 mn kilolitres per year.

Significantly, the number of people using paraffin for cooking and lighting has not doubled concurrently over this period. Additionally, the rise has taken place against the backdrop of an increasing number of people living in poverty, which means that we should be seeing a lower demand for this fuel.

As a result, this raises serious concerns about where all that extra paraffin is being used, pointing to increased levels of oil adulteration. The scale of the problem has now reached a critical level and needs to be addressed immediately.

The adulteration of fuels is one of the most serious problems in the country at present, impacting both environmental safety and public health. Consumers should therefore stick with trusted brands which have taken a firm stance against adulteration. Avoid the temptation of purchasing products at a price that is clearly abnormal compared to the competition.

Government’s interventions to curb this trend are also a step in the right direction, such as police investigations using a 'marker' to ensure greater traceability of paraffin in diesel. These intervention markers are inserted into paraffin, and if the paraffin is mixed into diesel the markers are able to pick it up. SARS officials are now also able to use handheld devices to detect the presence of the marker.

Royale Energy takes the risk of adulteration very seriously. As a company, we are committed to ensuring that all our products meet international standards in this regard. As Royale Energy, it is our responsibility to work in accordance with the rule of law and ensure that high quality products remain on the market at all times.

This article has been written by Mpho Dipela, director and shareholder of Royale Energy