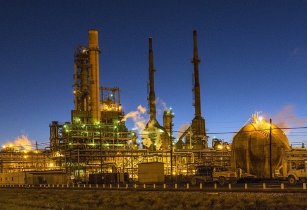 Nigerian central government would not borrow US$22.7bn for the time being, as it streamlines its finances in the midst of depleting revenues brought out by the fall in oil prices

Zainab Ahmed, minister of finance and national planning, said, “The current market indices do not support any external borrowings at the moment.”

Instead, it would cut down on its own expenditures, capital and recurrent and strive to diversify its economy, looking at other cost-saving measures.

This intends to reduce its recurrent expenditure by 25 per cent and capital expenditure by 20 per cent across board and save money through charging realistic price for the sale of petrol, a product previously subsidised by the central government. There would be an embargo on employment except for security agencies.

“What we have done is that we have written to every ministry and give them guidelines on how these adjustments will be made to enable us have a detailed input from the ministries.”

“Here is already an instruction to stop requirement. What the agencies have been doing is replacement but even that is being suspended. When things improve, we will go back to the issue of requirement, but for now our wage bill is very high. The President had directed that salaries and pensions must be paid unfailingly, but we are just stopping the increase in the size of the nominal roll."

The 2020 budget was based on a barrel selling for US$57 but that had been moved downwards to US$30 per barrel. “We are working on the worst case scenario of US$30 per barrel and we are holding to the production numbers of 2.18 mmbbl per day,” Ahmed commented.

According to Ahmed, the government would save money by reducing counterpart funding for the “federally funded upstream project.” The central government through the Nigerian National Petroleum Corporation (NNPC) are part owners of the major international oil corporation that produces a chunk of Nigerian crude and both contribute to the budget, but with depleted revenue. The government noted that it will cut down on its own counterpart funding. However, it will stick to the 2.18 mmbbl per day production target.

“We are looking at enhancing production to make sure that at the minimum the 2.18 mmbbl that is in the budget as production volume is realised and NNPC has directives to that effect,” according to Ahmed.

Earlier this year, the government projected enhanced customs revenue and more resources from privatisation proceeds, an intention which is no more realistic. “With the slowdown in economic activities, we are anticipating that the sale of independent power plants might not be fully realised as planned for in the budget.”