Nigeria bans public service officials from travelling outside the country 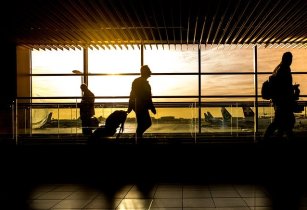 Nigeria bans its public service officials from travelling outside the country, stops issuance of visa and restricts from COVID-19 prone countries

The Presidential Task Force for the control of Coronavirus has been set up in March and in its first directives announced the ban on “all public officials in the ministries, department and agencies, including parastatals, that government for whatever reasons.”

“Whether for meetings, bilateral or multilateral conferences, seminars, workshops, presentations, negotiations and other forms of ceremonies, this ban will remain in force until the situation of Coronavarius abates.”

Nigeria is restricting entry into the country for travellers from 13 countries including the US and the UK. The other countries are China, Italy, Iran, South Korea, Spain, Japan, France, Germany, Norway, the Netherlands and Switzerland, according to a travel advisory by National Centre for Disease Control (NCDC).

No visa will be issued for travellers from those countries for the time being and those returning prior to the restriction will be in supervised self-isolation, monitored by the NCDC and Port Health Services.

In a report, Rystad Energy has calculated the effect of the Novel Coronavirus in the lives and updated estimates for global fuel markets.

As a result of recent developments, with travel restrictions and quarantine obligations being announced daily around the world, Rystad Energy has made substantial updates to most of its estimates.

“This is a severe downgrade compared to previous estimates and takes into account the quarantine lockdown in Italy, massive cancellations of flights by airlines, the travel ban between Europe and the US that was announced yesterday, and our simulations of the virus’ growth patterns this year,” according to the report.

“In Europe, we expect a rising number of cities to implement quarantines and travel restrictions, in addition to those already in place in Italy. From this, we assume peak impact will be half of what was seen in China in terms of volume of reduced demand. However, it remains to be seen whether quarantines in Europe will last longer than those implemented in China.”

“As a base case, we assume that the common summer air travel peak will occur later in the season. Our estimates are that the global daily flight count in the first quarter of 2020 will be 8,000 flights lower than pre-coronavirus forecasts. For the second quarter, the reduction is projected to be 50,000 daily flights, dropping to 31,000 in the third quarter and 13,000 in the fourth quarter.”