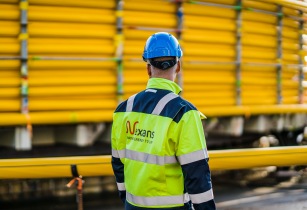 Nexans has signed a contract with Subsea 7 to design and manufacture 46 km of umbilicals for the Sangomar field, offshore Senegal

“Offshore oil development in West Africa has immense potential, and we’re thrilled to be a part of this important journey,” said Ragnvald Graff, sales director oil and gas.

“We are delighted to be designing and manufacturing the umbilicals for Senegal’s first offshore oil development. Nexans continues to lead the industry on umbilical technology, and we are excited to contribute our expertise and world-class products to this promising endeavor,” Graff added.

The Sangomar Field Development was discovered in 2014. Located two kilometres below the seabed floor, the field is spread over 400sqkm, in water depths of 700-1400m. The phased development includes the installation of stand-alone floating production storage and offloading (FPSO) facility and subsea infrastructure that will be designed to facilitate subsequent development phases. These options include potential gas export to Senegal and future subsea tie-backs to other fields.