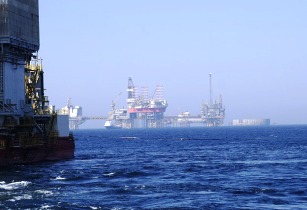 Vera Daves, Angola’s minister of finance, signed on 22 April a ministerial order suspending the implementation of all contracts signed under the Public Investment Programme whose source of funding has not yet been definitively secured

This is one of a number of emergency measures, including a hiring freeze in the public sector announced in recent weeks in response to the crash in oil prices and the expected decrease in government revenue for 2020.

Minister Daves' order is in line with Presidential Decree No. 96/20 of 9 April which, in response to the COVID-19 pandemic, declared a state of emergency.

These budgetary restrictions not only represent the government's attempt at fiscal responsiveness and responsibility, they also give credence to Angola's commitment to adhere to its latest commitments within the Organization of the Petroleum Exporting Countries (OPEC).

Following an oil price crash which drove oil prices down to historic lows below US$20 per barrel on 9 April, oil producers including Angola under OPEC+, led by Russia and Saudi Arabia, agreed to cut their supplies to the global market by 23 per cent compared to October 2018.

These cuts are meant to reverse the downward trend in prices when combined with an expected recovery in crude oil demand in the wake of COVID-19 related restrictions, expected later this year.

Angola, currently the second largest crude producer in Africa behind Nigeria with an estimated daily average production pre-agreement of 1.4 mmbbl per day, is set to drop output to and average daily output of 1.18 mmbbl per day.

Mohammed Sanusi Barkindo, Secretary General of OPEC, has succeeded in steering the organisation during periods of heightened geopolitical tensions, bringing together producers with opposing interests in the interest of market stability. African producers such as Angola and Nigeria continue to be significant in ensuring OPEC is effective. In that light, decisions to ensure compliance like those made by Angola are important globally for the industry as a whole.