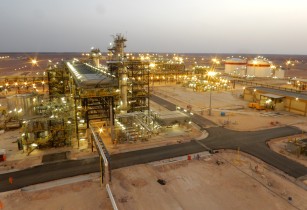 Contracting company Técnicas Reunidas (TR) has been carrying out day-to-day operation of the facility since gas exports began in September 2019.

Operational handover was dependent on GTG and TR signing the Performance Acceptance Certificate (PAC) on 24 June.

GTG is staffed by Secondees from Neptune Energy and Sonatrach who bring together decades of operating experience in Europe and Algeria.

Director-general at GTG Ian Conacher added, “We have built the right team to deliver operations at Touat.

“TR played a major role in enabling first gas export and ramping up the plant to plateau and I would like to thank them for their efforts at site. I look forward to continuing to work with the excellent GTG team to maintain solid production levels from Touat as we take over the operator role.”

The Touat facility is located approximately 1,400 km southwest of Algiers and near Adrar, consisting of 19 development wells, a gas treatment plant and stabilised condensate with a collection network and export pipelines.

In April 2020, the plant attained plateau production. Touat’s production will account for about nine per cent of Algeria’s total gas exports and will be in production for over 20 years. GTG comprises Neptune Energy Touat1 (65 per cent) and Sonatrach (35 per cent).