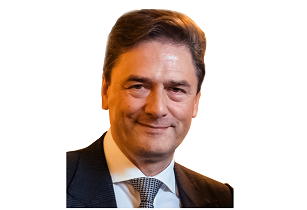 As industrialised countries remain in lockdown amid the coronavirus pandemic, global oil demand continues to fall at an unprecedented rate and the International Energy Agency (IEA) has warned that demand for fuel could drop to lows not seen for fifteen years.

This decline in demand is fast creating a global oversupply issue and, as a result, S&P Global Platts Analytics has suggested that pipelines and tanks being used to store surplus oil could reach breaking capacity in the coming weeks.

With travel and economic activity across the world still being significantly restricted, supply is predicted to continue to outstrip demand by 19.5 million barrels per day in May. So where does the oil industry go from here?

The recent agreement by the OPEC+ cartel to cut their production output by 9.7 mn bpd a day is a strong step forward. However, the stock build up from the first half of the year still threaten to saturate storage capacity and overwhelm oil industry logistics.

For Africa’s oil-producing countries like Nigeria, Angola, Algeria, Egypt, and Libya, where crude oil exports make up a large portion of their revenue and currency earnings not to mention the security of the state, the situation is especially devastating.

Already traders of West African oil have suggested that around 10 mn bpd of oil will remain unsold in April, and this is set to increase to as much as 60 mn bpd in May. With oil refining companies now deciding not to award tenders for purchase, the vast supplies of unsold reserves are rapidly stacking up.

The 45 mn bbl Saldanha bay oil storage terminal in South Africa has previously been a crucial outlet for excess crude in periods of reduced demand, such as the 2008/2009 recession. However, the facility is already close to full, emphasising how the oil industry’s capacity for storage is being pushed to new limits.

This not only presents a logistical issue, but a severe economic threat as well. Both Nigeria and Angola have reduced their crude oil export programme for May and June in line with the production cuts lead by OPEC. However, in an attempt to help mitigate against the inventory overhang, Nigeria’s oil and gas exports are now predicted to fall by US$26.5bn according to the IEA, which will be a desperate blow to the economy.

It is hard to gauge the world’s total oil storage capacity, but with oil cargos already trading at significant discounts, signs that the limit is being reached are increasingly obvious. According to IHS Markit, Nigeria has rapidly exhausted existing storage capacities, and like many other nations, alternative solutions are desperately needed.

With many ‘on-land’ stores already at capacity, the sector is turning to tankers, either to transport or secure the commodity at sea. It is already estimated that 160 mn bbl of oil are being held on oil tankers outside the world’s largest shipping ports, with up to 200 supertankers set to be used as floating storage for the next year.

The last time tankers were used as storage vessels on this scale was back in 2009 when traders held more than 100mn bbl at sea, before re-introducing stocks to the market when the economy started to bounce back. The hope is that a similar process will play out, however, with the extreme demand shock to energy markets escalating over just a matter of weeks, oil companies around the world are already assessing operational costs.

In some instances, oil producers are contemplating paying buyers to take the commodity off their hands. In the long run this may prove less costly than shutting down and re-booting oil extraction projects or resorting to well shut ins.

The hope is that market recovery will start to pick up as the current travel restrictions are eased, triggering a rise in demand for fuel again. Ultimately, it will take a recovery in demand to turn the market around and that will depend on how the COVID-19 pandemic unfolds.

In late April, The African Energy Chamber which represents companies and organisations in the upstream, midstream and downstream sectors of the energy business in Africa and the International Association of Geophysical Contractors (IAGC) called on African governments to take swift action to ensure stability in the African oil and gas industry.

The oil industry has faced severe market volatilities time and time again and bounced back. The overcapacity issue while painful, is not permanent; however the road to recovery may not be as quick this time.