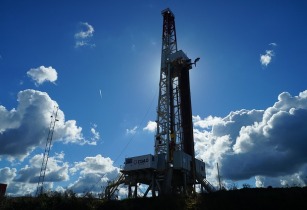 The focus of the new panel will be on major policy actions and to produce a concise list of clear, actionable recommendations next year. Prime Minister Leo Varadkar of Ireland will be the commission’s honorary chair and Richard Bruton, Ireland’s minister of communications, climate action and environment, will chair the commission’s work.

Government ministers, top business executives and thought leaders from around the world make up the high-level panel including current and former ministers for energy and environment from Denmark, Germany, Ireland, Japan, Luxembourg, Morocco, New Zealand and Spain. Dr Amani Abou-Zeid, African Union commissioner for energy and infrastructure, and Dr Wan Gang, previous Chinese minister of science and technology, who is known as the ‘father of electric vehicles’ in China, have agreed to take part.

“It is imperative that we get global energy efficiency progress back on track," said Dr Fatih Birol, IEA’s executive director.

Technologies for a clean energy future

Countries will need all the tools at their disposal to meet their commitments to tackling emissions and air pollution while maintaining energy security. Last week, the IEA hosted a discussion among leading global energy sector figures about technologies that can help to bring about a clean energy future, including hydrogen and nuclear power.

“There is no miracle technology that will solve the daunting environmental challenges the world faces,” said Birol. “We need continued innovation across a range of technologies, including renewables, energy efficiency, batteries, carbon capture and more. The IEA sees hydrogen and nuclear power as important parts of clean energy transitions in many countries, but they need help from governments to overcome significant obstacles.”

In a recent commentary, IEA analyst Bipasha Baruah explores the challenges facing women seeking to work in the energy sector, explaining how in an industry like energy, a lack of information and access to networks and training can make a significant difference in recruitment or advancement. This means that barriers faced by women in conventional sectors such as oil and gas can also persist in clean energy sectors.

The world’s climate negotiators recently concluded two weeks of discussions about the next steps for the landmark 2015 Paris Agreement, with carbon market rules high on the agenda. While countries made good progress on technical discussions and came up with a new negotiating text, disagreements remain about the status of the text and how to take it forwards, IEA analyst Luca Lo Re explains in a recent commentary.

However, differences remain on several issues ahead of COP25. For instance, countries have not yet agreed on an accounting system to avoid double counting and other elements needed to prevent potential environmental integrity risks.

Power systems are changing fast across the world as many countries deploy higher shares of renewables and other low-carbon alternatives. However, despite such progress, change has not been fast enough to meet the objectives of the Paris Agreement. In fact, power sector emissions have been on the rise over the past two years and investments in variable renewable power capacity appear to have stalled for the first time in two decades.

In a commentary that builds upon Status of Power System Transformation 2019, IEA analyst Enrique Gutierrez suggests that one of the keys to increasing power system flexibility – the ability to respond in a timely manner to variations in electricity supply and demand – is international sharing of best practices.