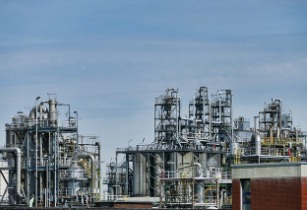 In addition to technology licensing, Honeywell is providing the basic engineering design, services, equipment, catalysts and adsorbents for the plant. When completed, it will represent UOP’s second C3 Oleflex unit in North Africa, following an earlier award in Egypt.

“The Oleflex technology will enable STEP to convert domestically produced propane into propylene, a primary component in a wide variety of plastic products rapidly growing in demand in the region,” said Bryan Glover, vice-president and general manager of Honeywell UOP’s Petrochemicals & Refining Technologies business. “STEP will further convert the propylene into polypropylene plastic to supply customers in Algeria, along the Mediterranean, and in other markets like Europe.”

Honeywell UOP’s C3 Oleflex technology uses catalytic dehydrogenation to convert propane to propylene and is designed to have a lower cash cost of production and a higher return on investment compared to competing for dehydrogenation technologies. Its low-energy consumption, low-emissions and fully recyclable, platinum-alumina-based catalyst system helps minimise its impact on the environment. The independent reactor and regeneration design of the Oleflex technology helps maximize operating flexibility and onstream reliability. Oleflex technology has been selected for 63 out of 84 dehydrogenation projects globally since 2011, including propane (C3), isobutane (iC4) and mixed C3/ iC4 service.

In 2018, Honeywell announced that Sonatrach will use technologies from Honeywell UOP to produce cleaner-burning transportation fuels at its Skikda Refinery on the eastern Mediterranean coast of Algeria. Sonatrach will use UOP technologies, including C4 Oleflex, at its Arzew facility to produce 200,000 mt per year of methyl tert-butyl ether (MTBE), a high-octane gasoline additive that reduces emissions in automobile exhaust.

Sonatrach Total Entreprise Polymères (STEP) is a joint venture between Algeria’s State Oil Company Sonatrach S.p.A. (51 per cent) and France’s Total S.A. (49 per cent). The STEP joint venture was created in 2018 to carry out the joint petrochemical project in Arzew.