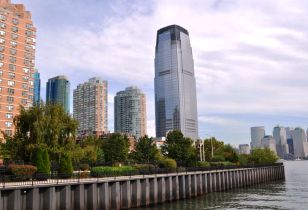 Goldman Sachs has secured the top position in the latest mergers and acquisitions (M&A) league table of the top 10 financial advisers for the oil and gas sector based on deal value for the first three quarters (Q1-Q3) of 2019, according to data and analytics company GlobalData

The American multinational investment bank topped the rankings with a deal value of US$214.4bn, by advising on 17 deals during the period. Bank of America Merrill Lynch stood at second position with US$177.6bn earned on advising 20 deals.

According to GlobalData, which tracks all M&A, private equity/venture capital and asset transaction activity around the world to compile the league tables, Citigroup occupied third place with 25 deals worth US$176.3bn.

Praveen Karnati, a financial deals analyst at GlobalData, said, “Goldman Sachs retained its top position in terms of the transaction value for the first three quarters of 2019. Overall, Goldman Sachs represented 14 companies that are on the sell-side, including Saudi Aramco’s agreement to acquire 70 per cent stake in Saudi Industries from Public Investment Fund for US$73.4bn and Occidental Petroleum’s acquisition of Anadarko Petroleum for US$55bn.”