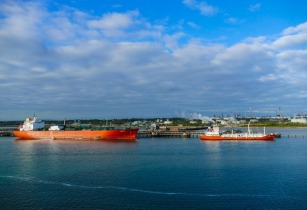 Following this news, Conor Ward, upstream analyst at GlobalData, a data and analytics company, offers his view on the deal

“News that Lukoil is planning to expand in Western Africa comes as no surprise as the region has seen a flurry of company spending over the last decade – with its acquisition of a stake in major projects such as Ghana’s Pecan field, Nigeria's Bonga Southwest/Aparo field, Congo’s Marine XII offshore license and Equatorial Guinea's Fortuna LNG project,” Ward said.

He said that Lukoil hopes to see significant growth from these projects in the next decade, as its foothold in Western Africa is likely to grow fivefold from around 14,000bd in 2020 to about 70,000bd by the mid-2020s. Sangomar is set to add an estimated 20,000boed to the peak portfolio of Lukoil.

He added that the company has struggled this year, like many others in the first half of 2020-reporting Q1 losses. However, this news suggests the company has confidence in the exploration and production (E&P) sector and its ambition to expand its footprint in West Africa.

However, it is not only West Africa where Lukoil is making acquisitions but also in the Middle East where the company has purchased a five per cent stake in the Ghasha concession, which is expected to add another 12,000boed to the portfolio of the company when it reaches the plateau.

He further stated that many of the projects in which Lukoil has acquired shares have faced multiple delays, such as Bonga Southwest/Aparo, where the final investment decision (FID) was expected in 2020, but is now not anticipated until earliest 2021.

“The participants of Pecan are still considering a new development concept and the same goes for the Fortuna development, while the Etinde field in Cameroon hangs in doubt. The acquisition of the Sangomar field will really bolster the company’s West African growth plans as it achieved FID in 2020 and the operator Woodside has remained adamant that first production will be seen in 2023 as originally planned,” he concluded.