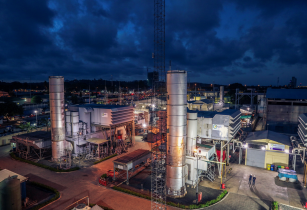 GE and Songas have completed upgrades to the entire GE fleet of three LM6000PA and one LM6000PC gas turbines at the Songas Ubungo Power Plant in Dar es Salaam, Tanzania

These technology upgrades aim to increase the power plant’s efficiency and reliability, enabling Songas to maintain the plant in the most economical way possible.

GE’s LM6000-PF dual fuel gas turbines power the 150-MW Kinyerezi power plant, which has a multiyear agreement with GE for the long-term, reliable operation of its power plant.

In 2018, GE achieved its 100th power plant installation in sub-Saharan Africa and has an installed base of more than 300 turbines in up to 22 countries in the region.