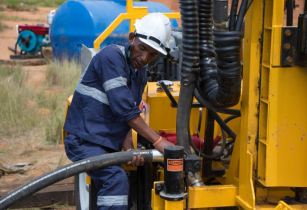 This year, OMNIS is celebrating its forty-five years of existence. OMNIS has decide to organise the event in a digital format through the creation of a dedicated platform. Events such as information sessions, conferences and debates are planned during these three days and will be broadcasted on this platform.

However, it will be possible for a limited number of participants to attend these events on site at the City Hall of Antananarivo. The speakers will be actors of the upstream oil and mining sectors, economists, journalists, civil society, teachers and researchers.

Hydrocarbon and mining in Madagascar

In terms of hydrocarbons, Madagascar has five sedimentary basins with high potential and extends more than an area of 820,000 sq km. Heavy oil represents, so far, one of the greatest successes of oil exploration. Following the various works carried out, a declaration of discovery and an announcement of the commerciality of the deposit on the Tsimiroro block were made in 2014.

As far as the mining sector is concerned, the Malagasy basement contains quality of ores classified as radioactive and strategic such as rare earth elements or Ilmenite present in Fort-dauphin, which represents 10% of the world market. Madagascar has also uranium deposits spread over three regions including Antsirabe, Fort Dauphin, Folakara and Makay. And finally, the Sakoa coal deposit and the quartz deposit, etc.