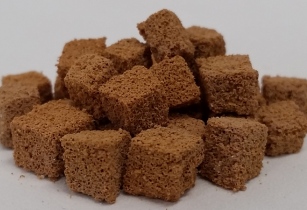 CET executives visited the South Australian capital Adelaide today to formalise the agreement, which assigns a suite of patents to the Singapore-based company ahead of production for global markets.

The patents cover numerous areas, including a class of novel polymers used for environmental remediation, and a new mercury- and cyanide-free method of precious metal extraction and recovery.

The sponge-like polymer was developed by an international team headed by Flinders University associate professor Justin Chalker and can be made of waste cooking oil from fast food outlets and sulphur – a by-product of the petroleum industry.

The product is hydrophobic – meaning that it separates from water and binds well to oil. The polymer absorbs oil much like a sponge, forming a gel that can be scooped out of the water.

The recovered oil can be squeezed from the polymer-like water from a sponge and the oil can also be reused.

When still in its early stage of development, Assoc Professor Chalker described the product as a new class of oil sorbent that is low-cost, scalable and enables the efficient removal and recovery of oil from water.

The agreement includes a research collaboration that will provide ongoing funding for the Chalker Research Lab, including scholarships and salaries for researchers, and royalties as they continue to find new ways to use the breakthrough product.

CET chairman and co-founder Paul Hanna said that the partnership was an important step forward in the company’s search for an answer to some of the world’s most pressing environmental waste problems.

“Technology like this, which uses waste to solve waste problems, has huge advantages for the industry at the big end of town. It can save the lives of thousands of small, artisanal miners around the world who use poisonous chemicals, like mercury, to survive and the communities around them,” Hanna stressed.