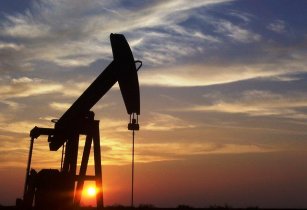 Fayez al-Sarraj, head of the presidential council of the Libyan Government of National Accord, met in Tripoli with Eni’s CEO Claudio Descalzi to discuss the general situation of Libya, with a particular focus on the introduction of renewable energy in Libya and Eni's activities in the country

The meeting was also attended by the chairman of the National Oil Corporation (NOC) Mustafa Sanalla.

Claudio Descalzi assured Sarraj the full commitment of the company to its operational activities and projects in the country and reiterated Eni’s commitment in the social area, particularly in reference to the initiatives undertaken in the power generation sector.

Following the Memorandum of Understanding (MoU) signed last year with GECOL and NOC, Eni has contributed greatly for the improvement of the power sector, supplying much needed spare parts and technical assistance that allowed the recovery of 425MW of power output in the Tripoli area.

Moreover, Eni will continue its commitment in support of the population of Libya to this very sensitive issue by making available its know-how and expertise for the development of solar plants and wind farms.

The introduction for the first time of renewable energy in Libya is set to address more electrical power demand for the population without increasing local hydrocarbon consumption. The development of renewable energies in the countries where Eni operates represents a fundamental element in the process of the energy transition towards a low-carbon scenario.

Eni is one of the main suppliers of gas to the local market, which is entirely used to feed the country’s power plants for a generation capacity exceeding three gigawatts.

As for Bahr Essalam (BES), Phase 2 was successfully completed, bringing the field's total production to 1,100 mmscfd. Phase 2 of the project completes the development of the largest gas field in production in the Libyan offshore.

They have further discussed the start-up of the Wafa Inlet Gas Compression (WIGC) project, which is providing a significant contribution to the Libyan energy sector, as a result of the increase in the gas supply destined to the domestic market. The completion of the WIGC project is a significant achievement and represents an important milestone confirming that project activities can be successfully performed onshore, in this challenging context. All this was possible thanks to the commitment and support of NOC and the great effort made by the MOG employees, as well as all the contractors involved in the execution of the project.