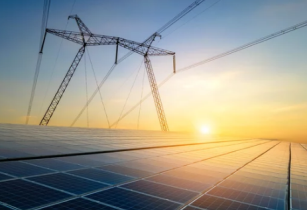 German energy investment firm, Emerging Energy Corp (EEC), has announced that it is seeking a partner to conduct a green hydrogen feasibility study in Niger

The announcement follows an agreement signed between the government of Niger and EEC for a green hydrogen commercial plan in February 2022 – with talks initially starting at African Energy Week (AEW) in 2021, and is considered the next step towards developing a competitive hydrogen market in Niger.

According to EEC, the company is looking for a qualified partner, experienced in planning and technical and economic feasibility studies, who will be responsible for the study as well as the examination of the potential market itself. The study will take place in stages, the first of which comprises the analysis, identification and recommendation of site and the levelised cost of hydrogen; and the second, the analysis of a pilot project that assesses the next steps in the project, with the partner recommending a timeline as well as criteria for development.

With EEC now seeking an independent firm to conduct the study, Niger’s abundant, untapped renewable energy potential coupled with the country’s strategic location and proximity to European markets present an opportunity for the west African energy market to strengthen its position as both a regional and international energy hub whilst addressing domestic energy issues. With only 19.5% of Niger’s population having access to electricity, the project will help boost the government’s electrification efforts while driving industrialisation through improved energy supply to critical industries as well as job creation and GDP growth.

In addition, Niger’s green hydrogen boom, set to generate significant revenue for the country, will enable capital allocation for a number of projects across the entire energy sector. In this regard, Niger could see massive, self-generated investments pouring into the oil, gas and renewable sectors, supporting the development of new projects as well as the expansion of existing ones.