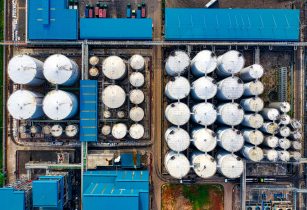 East Africa and the Indian Ocean have witnessed substantial discoveries of oil and gas in the last decade, but the full potential of the region has yet to be realised

The massive Coral South FLNG Project sits atop the prolific Rovuma Basin, offshore Mozambique. ENI’s Coral South FLNG facility is the first step in accessing the estimated 450 bcm of gas. The first gas is expected in 2022 and thereafter ENI expects to produce five bcf each year.

Further north is the Tanzania LNG Project that hopes to access the massive 1.6 bcm of gas that lies in Tanzanian acreages. The US$30bn facility located at Lindi would sit on Tanzania’s coast, acting as a terminal and gas liquefaction hub.

One company that is active in the region is Orca Exploration Group who operates one licence in Tanzania which comprises two blocks known as the Discovery Blocks. Nigel Friend, CEO at Orca Exploration Group explained that his company has a different strategy when it comes to exploiting Africa’s resources. “Over the last ten years there have been some significant gas discoveries in Africa, primarily in Senegal, Mauritania, and also in Mozambique,” he added. “The majority of that gas will be exported to markets around the world as LNG.

“Orca operates on the other end of the spectrum. We are looking for those proven gas reserves that fall below the threshold for an LNG project and therefore the only way that we can commercialise that gas is to sell it into the local market. We like to see ourselves as an African developer and operator of natural gas resources for the domestic market.

“In Tanzania, we have working interest in the Songo Songo fields. We are currently producing 59 mmcfd. That compares with 40 mmcfd for the average of the last year, so we are beginning to see some real step changes in the growth in Tanzania, and that is only going to continue as new power generation comes on stream. I think that with the finance that we have in place, there is significant scope to increase the production to fuel Tanzania’s economic growth.

“There are eight wells in the field four onshore and four offshore, with five currently on production, producing about 135 mmcfd. We will be undertaking some workovers during 2020 which will take that number up. When the original project was put together, we put a gas processing plant in on Songo Songo, this is Songas’s processing plant. They then constructed an offshore pipeline and onshore pipeline taking the gas up to Dar es Salaam.

“The gas processing capacity the Songas plant is 110 mmcfd, but the actual amount of gas that we can transport is limited to about 102 mmcfd which is a function of the pipeline diameter. We are fortunate that in 2016 a second gas processing plant was commissioned, and the second set of infrastructures to take the gas up to the market. This gas processing facility is 140 mmcfd and the pipeline capacity, including the one that takes the gas to Dar es Salaam is 300 mmcfd. So, we have got significant spare capacity in the infrastructure to process and transport the gas up to the main markets.”

One company that has been proclaiming the benefits of the region for many years is E&P advisors, ION.

Brian W Horn, senior vice-president and chief geologist at ION, said, “When we first started in Kenya and then in Tanzania, there was very little understood about the potential of the region; none of the gas in Mozambique had been discovered.”

“But I would say that there is a lot of remaining potentials. I think we probably have not found a tenth of what is out there. I think there are significant gas reserves undiscovered, but there is also a lot of remaining discovered resource where we have not really explored this margin very thoroughly. I really believe that with another look we can probably come back and find equal amounts which would bode well,” he added.

However, to fully exploit this potential he believes that there needs to be a change of strategy, with nations working closer together. “The countries in East Africa must work together as opposed to trying to do all these things individually because gas to liquid projects are incredibly expensive,” he explained.

“Somehow they must form consortia to work together to export and bring that to the market instead of duplicating efforts. There is a lot of stratigraphic potentials, many untested play types and I think looking forward will probably become one and the main oil and gas hubs of the future,” he concluded.