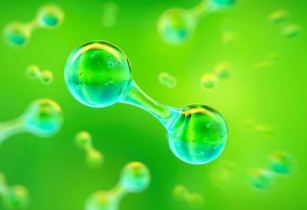 The government of Mauritania through the Ministry of Petroleum, Mines & Energy and Chariot, the Africa-focused transitional energy group, has announced that the pre-feasibility study (PFS) for the large green hydrogen project 'Project Nour' in Mauritania has been completed and a framework agreement has been signed, mapping out the next phases of development

PFS confirms that Mauritania is exceptionally well-placed for green hydrogen production due to its world class solar and wind resources and the project has the potential to produce some of the cheapest green hydrogen in the world.

Domestic benefits for Mauritania include providing baseload power to the national grid, diversifying industrial activities (e.g., green steel), promoting job creation and developing local infrastructure with the potential to have a significant impact on GDP.

Framework agreement defines the terms and guiding principles to pave the way for the in-depth feasibility study that will be undertaken over the next 24 months.

HE minister Abdessalam Ould Mohamed Saleh of Mauritania’s Ministry of Petroleum, Mines & Energy, commented, “We are very pleased that the PFS has confirmed the world class potential of Project Nour, both in its unique capacity to generate green hydrogen and for the broader development opportunities that it could bring to Mauritania . It is exciting to be looking to harness our natural resources in this way and Chariot has our full support as they progress this through the detailed feasibility studies.”

Adonis Pouroulis, acting CEO of Chariot, said, “Green hydrogen is a strategic priority for Chariot and will form a substantial part of the global energy transition going forward. We also believe that progressing this project will result in significant investment in Mauritania and benefit the region as a whole. The results of the PFS have underlined our belief in the economics and scale of this asset.”

“Project Nour has the potential to be one of the key sources of green energy of the future with the opportunity to deliver a wide range of positive impacts and we are delighted to be partnering with the Government to help realise its ambition to become a world leader in the production and export of this valuable resource,” Pouroulis added.