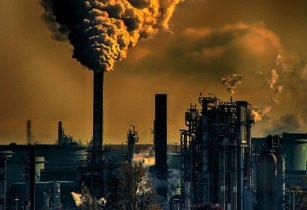 Global efforts to bring down emissions are top of the agenda at the UN Climate Action Summit, which takes place in New York

The IEA is putting particular emphasis on the need for urgent global action on energy efficiency. This critical but often overlooked area can deliver major reductions in emissions while supporting economic growth, reducing air pollution and saving consumers money.

Energy efficiency could bring energy-related CO2 emissions in 2040 to levels that are 12 per cent lower than today; this would represent more than 40 per cent of the emissions abatement required to meet the Paris Agreement. But despite this huge potential, efficiency progress is slowing. Global energy intensity – the amount of energy required to produce one unit of economic output – improved by just more than one per cent last year, well below the three per cent needed to meet global sustainable energy goals.

A global push is needed to improve efficiency. The IEA announced a high-level Global Commission for Urgent Action on Energy Efficiency, which will produce a set of clear, actionable recommendations for change.

Renewables are on the rebound

Though the challenges remain immense, there was encouraging news for renewables ahead of the UN summit. After stalling last year, global capacity additions of renewable power are bouncing back, with double-digit growth in 2019, driven by the strong performance of solar PV and wind. Renewables have a major part to play in curbing global emissions and providing universal access to affordable, secure, sustainable and modern energy.

The IEA expects renewable capacity additions to grow by almost 12 per cent this year, the fastest pace since 2015, reaching almost 200 GW, mostly due to solar PV and wind. Global solar PV additions are expected to increase by more than 17 per cent. Last year was the first time since 2001 that growth in renewable power capacity failed to accelerate year on year, largely due to changes in Chinese government policy.

Supporting the rise of renewables

This growth in wind and solar energy is rapidly transforming power systems worldwide. But the variability of these forms of power generation raises some challenges for power systems operators and regulators. The question is: What are the best policy and technology tools to ensure a successful power system transformation?

To address this critical challenge, the German Federal Ministry for Economic Affairs and Energy and the IEA are holding a Global Ministerial Conference on System Integration of Renewables in Berlin on 1 October. Peter Altmaier, the German federal minister for economic affairs and energy, and Dr Fatih Birol, the IEA’s executive director, will open the conference, which will be attended by government ministers, CEOs of major companies, and leaders of international organisations.

Driven by strong and increasing interest in the subject of power system flexibility, the conference aims to find common views on which market design measures and policies are key enablers for further integration of renewables.