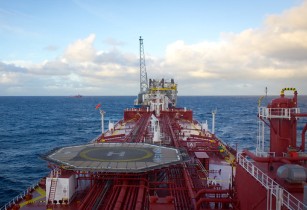 The global market for floating production, storage and offloading vessels (FPSOs) is headed for a major renaissance, according to energy research firm Rystad Energy

Rystad stated that as many as 24 FPSO are expected to be awarded by 2020, driven to a great degree by Brazil.

South America leads the pack with 12 sanctioned FPSO projects planned by the end of next year, followed by Asia with four, Europe and Africa with three each, and two more in Australia.

Brazil – currently witnessing an influx of international E&P companies – is set to award seven more FPSO awards in 2020, bringing the country to more than one-third of the globally anticipated awards in 2019 and 2020.

Audun Martinsen, head of oilfield services research at Rystad Energy “The ongoing upswing in newly sanctioned FPSO projects points to a brighter future for the FPSO market. Offshore operators are finding their footing again after the downturn of 2014, as a robust rise in free cash flow has fuelled a significant uptick in deepwater investments.”

The FPSO boom in South America is mainly the result of large investments in deepwater exploration and field development. Another important factor was Brazil’s recent relaxation of local content regulations, which attracted new international players to the table.

“Brazil’s greater competitiveness on a global scale is a driver behind such huge FPSO awards, along with the region’s recovery from the car wash corruption scandal, Petrobras’ debt reduction, substantial pre-salt discoveries and healthier oil prices,” Martinsen noted. “These positive factors also add greater certainty to project timelines, and we no longer believe Petrobras’ developments will be subject to lengthy delays.”

FPSOs, traditionally used by oil companies for large-scale deepwater projects, are increasingly favoured for a wide range of fields in more shallow waters.

In many cases, FPSO projects are more practical than alternative platform solutions, mainly due to installation costs and decommissioning challenges associated with fixed platforms. The built-in storage capacity of FPSOs has also proved to be particularly advantageous for remote offshore locations where pipeline infrastructure is not economically feasible.

“With improved economic viability resulting from ongoing standardisation measures, coupled with growing deepwater investments, FPSOs are likely to continue to emerge as an attractive development option for many fields in all corners of the world, in both deep and shallow water,” Martinsen added.

The FPSO contractors Yinson and Modec are particularly well-positioned to benefit from this upswing through the next wave of contract awards, according to Rystad Energy’s projections.