Africa’s upstream spend in 2020 is down US$14bn: Wood Mackenzie 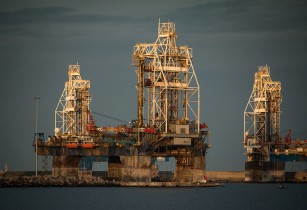 According to the group, no resource theme is immune, but capex cuts and deferrals are particularly severe in deepwater (West Africa) and LNG (Senegal/Mauritania and Mozambique). FIDs targeted in the next 18 months are down from 22 to three, and upstream value in Africa is down one-third (US$200 bn).

The oil price crash wiped US$1.6 trillion off the valuation of the global upstream industry, according to Wood Mackenzie.

Andrew Pearson, vice-president, upstream, said, “This figure captures the impact of Wood Mackenzie’s downgraded long-term Brent price assumption – now US$50 per bbl (2020 terms), rather than the previous US$60 per bbl – and much more.

-Global upstream development spend for 2020 is 30 per cent lower than the pre-crash view. North America is hit hardest; along with Africa and Asia. These regions may never recover to pre-crash levels.

-Only nine major FIDs are expected in 2020 versus its pre-crash view of around 50 new project approvals.

-Valuations for oil sands and heavy oil hit hardest in percentage terms – down more than 50 per cent – but more than US$1 trillion was wiped off conventional onshore and offshore projects.

-More than 40 per cent of future projects now generate an IRR of less than 15 per cent.

-Tight oil and heavy oil cash flows suffer the most, but overall resilience has improved since the last downturn.

Fraser McKay, vice-president, upstream, said, “The oil price crash and the market uncertainty it caused has affected all regions, all operators and all resource themes. In early March, we anticipated the industry’s response would be rapid and decisive. It has been. Tough calls have been made, despite a lack of clarity how the COVID-19 pandemic will have on oil and gas demand, both in terms of depth and duration.

“To date, cuts to expenditure have largely been in line with our expectations. New project spend has stagnated and output has been curtailed, most notably among OPEC+ participants and in the US tight oil sector. We have also reacted quickly to reflect the latest view in our global upstream dataset, analysis and tools. Our Lens Upstream outlook evolved as the price plummeted, culminating in the data here.”