AEC announces the launch of its African Energy Outlook for 2020 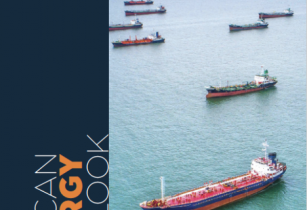 The African Energy Chamber has announced the launch of its inaugural African Energy Outlook for 2020, a comprehensive overview of the oil and gas sector across sub-Saharan Africa, with a focus on the strategic, operational and investment trends in the industry

The report looks at vital developments in major African oil and gas producers and offers important insights into the growth potential of the industry while examining the role of the public and private sector.

It also includes the African Energy Chamber’s Top 25 Movers and Shakers to Watch list which profiles individuals who will play a big role in shaping the continent’s energy economy in 2020.

The important insights include:

-Strategic: The low oil price environment is forcing African producers to sharpen their competitive edge. Several governments, including Angola, Gabon, and Cameroon, have implemented reforms. Nigeria could be next. There are at least six announced oil projects in that West African country with a combined output potential of 837,000 bpd and CAPEX of US$54bn which could be brought on-stream over the next decade.

A favourable regulatory and fiscal environment are essential to delivering that investment. IMO 2020 regulations will yield increased Asian demand for West African crude. Nearly 75 per cent of the 461,000 bpd of heavy sweet crude ideal for producing low-sulphur bunker fuels is made in West Africa, according to ClipperData.

-Production: The outlook includes production forecasts for 21 sub-Saharan African countries from 2019 to 2025, produced by Global Data. Total oil and gas production is expected to increase by nearly 28 per cent to 8.1 mmboe/d, by 2025.

Nigeria and Angola will continue to dominate but their share of regional production will fall by more than one fifth (to 58 per cent) during this period, a shift driven in part by significantly increased output from Mozambique, Senegal/Mauritania and Tanzania.

-Investment: The outlook profiles more than 40 post- and pre-FID oil and gas projects across sub-Saharan Africa. There are currently nine oil projects under construction across the region with a combined peak production total of 256,000 bpd and investment of US$16.2bn.

A further eight gas projects are also under construction, with combined CAPEX of US$44bn and peak production capacity of 3,650 mmcf/d.

-Rise of African Gas: African producers are positioning themselves to maximise from a gas boom expected for the next decade. East Africa could see US$60bn worth of investment and 25.2 mtpa of LNG production capacity sanctioned by IOCs in 2020. Chinese investment in Ethiopia and Djibouti is also opening a new frontier for gas production.