ADIPEC: Diplomacy and transformations in the geopolitics of energy sector

In the second day of ADIPEC Virtual 2020 session, Frank Fannon, assistant secretary, Bureau of Energy Resources, US Department of State, gave a keynote speech on diplomacy and transformations in the geopolitics of energy sector 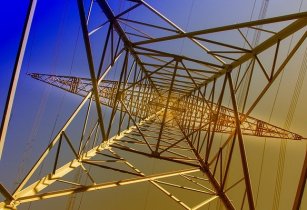 Countries are increasingly choosing to have greater diversity of supplies and in so doing, they assert their own agency for decades. (Image source: Tom/Pixabay)

The keynote focused on the theme that the transformation of centres of energy production and consumption has helped to redesign the geopolitics of energy.  This year’s pandemic has affected global economies and shifted oil markets for the near future, reinforcing how international collaboration is key to ensure the resilience and stability of energy markets.

“The COVID-19 has thrown the world upside down and it is critically important that we move forward,” said Fannon. The situation has created new opportunities and the transformation of the global energy map is showing how geopolitics of energy is getting shaped, how new supply and demand patterns affect statecraft and meeting calls for cleaner energy, as well as present both opportunities and challenges.

According to him, the energy represents an important factor in foreign policy. The relatively recent growth of the USA oil and gas production has materially transformed energy geopolitics in multiple ways. “From 2007-2019, the USA oil production increased more than 240%. This production afforded the USA greater foreign policy room to manoeuvre states that use their energy from our objectives and partnership with other producing nations, including the UAE.”

“Energy partnerships can have a huge effect on other political or diplomatic areas. We've seen a similar effect with respect to the USA natural gas production. In 2016, when the USA started exporting LNG, we were the 15th biggest exporter in the world. Since then three years later in 2019, the USA was the third largest LNG exporter and we've shipped gas to almost 40 countries. As in the case of oil, the USA natural gas offers countries new options and indeed the foundation of a market.

“Countries are increasingly choosing to have greater diversity of supplies and in so doing, they assert their own agency for decades. The USA has joined Europe's ambition to have greater energy diversity. Today, the USA LNG exports are helping nations to achieve that ambition. For example, over the last two years, state department has assisted Croatia's plans to build an LNG terminal at Krk Island last month and the commercial operation is expected to start in January 2021. In Greece, we've supported the expansion of an existing gas infrastructure and the construction of a new LNG terminal.”

Recognising that these partnerships can foster peace, stability and share progress, the USA has committed to energy diversity and energy partnerships. Fannon cited the example of the UAE’s energy technology discussions with Israel. He stated that although Israel and Lebanon are in discussions of their disputed maritime boundaries, the eastern Mediterranean gas may soon flow through Greece and into the wider Balkan region.

“We see optimism and are developing regional energy markets. This drive toward regional energy markets is not particular to the Middle East and Southern Europe. It's a global phenomenon. The Indo-Pacific region will drive most of the world's energy demand growth through 2040 requiring trillions of dollars of investment. We are helping countries in the region to build free, fair and transparent energy markets, as well as develop their indigenous energy resources through Asia EDGE initiative. We've dedicated more than US$140mn in technical assistance to support energy security, diversification, access and trade across the Indo-Pacific region. We're working with Thailand and Vietnam where a major gas deal was just announced to strengthen gas sector governance. These new energy markets are positive development that can improve geopolitical stability and promote a more prosperous world.

“However, we recognise that there are still nations and require continued support from like-minded nations. The calls for cleaner forms of energy and environment, social and governance, activism and investment are affecting the geopolitical landscape as well. In fact, investment in conventional energy has dropped more than 20% this year, while renewable investment has increased 6%.

Fannon cited the World Bank’s report that says that the demand for minerals such as lithium, cobalt and graphite are projected to grow an extraordinary 500% over the next 30 years. The International Energy Agency (IEA) found that the production and processing of many clean energy minerals are more geographically concentrated than oil and natural gas reserves. According to the International Renewable Energy Agency, many critical energy minerals are found in weak states with poor governance records.

“This market concentration means that clean energy companies and their global consumers are vulnerable to supply disruptions, labor unrest, sudden royalty increases and geo-politically motivated actions just as with the geo-political transformations brought by the development of regional energy markets. These developments also require nurturing to ensure that countries can reap the full benefits for their people. To address the supply chain issue, the state department launched the Energy Resources Governance Initiative (ERGI) last year to help support the creation of resilient mineral supply chains.

“The USA will continue to support countries to develop free, fair and transparent energy markets and resilient supply chains,” he concluded.