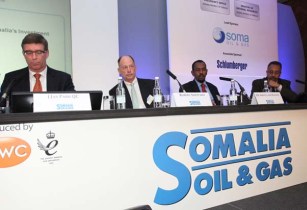 The event is being sponsored by Soma Oil & Gas and organised by the CWC Group for the second time.

Robert Sheppard, CEO of Soma Oil & Gas, said, “Our work to date, along with the support of the government of Somalia, has reignited interest in the country’s highly prospective upstream sector and we are delighted to continue to assist the government in accelerating the development of its oil and gas potential.”

Daud Mohamed Omar, minister of petroleum and mineral resources of Somalia, added that Soma Oil & Gas has been a good partner to the Ministry of Petroleum & Minerals of Somalia over the past year.

Soma Oil & Gas had signed a seismic option agreement in August 2013 to assist the government of Somalia in the development of the country’s hydrocarbons sector. the company has successfully completed a 20,500 km 2D seismic survey offshore Somalia and has, to date, reportedly invested approximately US$37mn on the exploration programme.