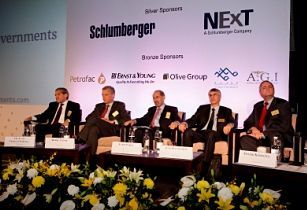 An international delegation of NOCs, governments and key representatives from the global oil and gas community will gather in London, UK, in October to debate the key issues and solutions in implementing local content strategies

Held under the Chatham House Rule on 28 October 2013, the NOCs & Government Summit will feature the much anticipated 'Great Local Content Debate', which will be led by Simbi Wabote, contracting and procurement global local content manager at Shell.

The Great Debate will provide an audience of international delegates with the opportunity to participate in an interactive discussion and will allow feedback on discussions instantly via anonymous voting, which show organisers CWC Group have said would "uncover the real consensus on the issues being discussed".

According to CWC Group, local content plays a fundamental role in the oil and gas industry as a means of providing training to narrow the skills gap.

"It also correctly matches locals' expertise with industry requirements to ensure that the sector is developed and in-country value is maximised," the events firm said.

Questions to be debated at the event will include:

- What are the main drivers of creating in-country value?
- Does Local Content add or detract value?
- Has there been a shift in worldwide thinking?
- What is the reality of Local Content development globally?