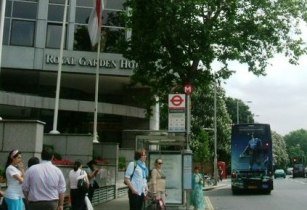 Malawi's first ever minister of mining, HE John Bande, has been confirmed as the keynote speaker of the second East Africa Oil & Gas Summit, which will take place next month in London, UK

Bande, who will appear alongside energy ministers and senior government figures from Kenya, Ethiopia and South Sudan, and will give the opening keynote address at the conference.

Bande has said he would discuss the future plans of his newly-established ministry, with Malawi’s resources sector experiencing steadily growth, thanks largely to a new legal framework that has fostered investment and increased exploration activities.

"If we, as a government, do things right, then by 2016 we expect 20 per cent of our GDP to come from the extractive sector," Bande remarked. "Three more oil exploration blocks are yet to be awarded to prospecting companies in Lake Malawi, following the award of Block 1 to South African company SacOil last month.

"The Malawi government, which is seeking firms to explore for hydrocarbons in Lake Malawi, has divided the lake into six blocks and initially awarded UK company Surestream Petroleum blocks 2 and 3, which leaves blocks 4, 5 and 6 still up for grabs."

Other names set to appear at the conference on the 8 October 2013 at the Royal Garden Hotel, London, will include figures from mining and energy ministries in Mozambique, Ethiopia, South Sudan and Kenya, as well as representatives from ENH, Nilpet South Sudan, Société Générale, Africa Oil Corporation, Ophir Energy, Standard Bank and Wood Mackenzie.