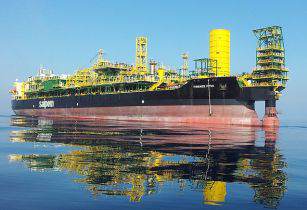 The 16th FPSO World Congress, with this year’s theme of ‘Weathering the Storm’, will be held in Singapore from 28 September to 1 October 2015

Marked by continuous decline in oil prices, the oil and gas industry is faced by uncertainty not seen in a long time. With the aftermath of global economic crisis, unprecedented levels of competition and highly volatile price swings, there are many concerns about the future in the FPSO sector.

With its key theme of ‘Weathering the Storm’, FPSO World Congress 2015 will focus on critical discussions on the price of oil and implications for the FPSO sector with the aim of finding innovative solutions and business models to achieve cost savings in capital and operational expenses for future projects.

The event will have more than 65 presentations from various companies including Total, Premier Oil and Woodside Energy.

With a lot of offshore activity happening on Africa's west coast, especially in deep waters, the region is a hot spot for the FPSO sector.