First edition of HSSE Angola Conference to be held next month 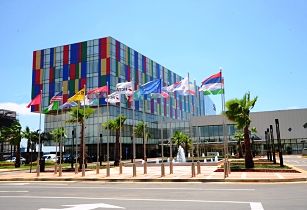 Angola is reportedly the second-major oil producer in sub-Saharan Africa and as the southern African country is advancing at a rapid pace, global investors are considering investment in the region. A recent report has stated that the Angolan government has set a national development plan to develop and rehabilitate its roads, construction and logistics platforms, according to Fleming Gulf.

The organiser added that with the rise in the investments in the oil and gas industry, it is essential to maintain a safe and a healthy work culture, which arises from a well-set up HSE department.

The experts at the conference will represent organisations like Sonangol, Angola LNG, AASSO (Angolan Association of Occupational Health and Safety), National Civil Protection and Fire Fighter Agency (SNPCB) from Angola. Representatives from Shell Petroleum Development Company (Nigeria) and Ministry of Minerals and Energy (Namibia) will also speak at the conference.

The event is sponsored by companies like Bureau Veritas, AON and DNV-GL. Other event sponsors include International SOS, Brady Corp, Bagshaw Footwear, CYMOT and EMEX.