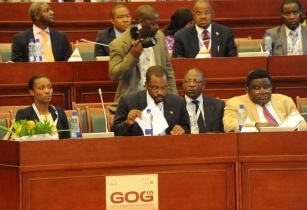 The event is among the longest-running platforms that focus on West Africa's energy sector and will be inaugurated this year by the country’s minister of mines, petroleum and energy, HE Adama Toungara.

Both Toungara and Petroci’s director general, Daniel Gnangni, have been personally involved in inviting energy ministers from across the region.

Daniel Gnangni remarked, "Petroci is very pleased to be co-hosting GOG16, recognised as the most senior and established forum to focus on West Africa’s thriving gas sector.

"This strategic conference will gather representatives from governments, national oil and gas companies and leading operators to exchange ideas, share experiences, and devise future strategies to increase the participation of indigenous players in gas activities and promote industrial and economic development," he added.

The event will be expected to bring together more than 300 international and regional executives, decision-makers and leaders in the field and will provide an opportunity to network and participate in a variety of meetings and discussions regarding the industry's future.

This year’s event will have a special focus on the Gulf of Guinea’s hydrocarbons industry and will examine options of gas monetisation, future intra-regional collaborative projects and the role of gas as an economic driver for the region.

Ahead of the event, CWC Group spoke with Jérôme Ferrier, President of the International Gas Union, to discuss opportunities in the Gulf of Guinea's gas sector and the impact that an unstable global gas market has had on the region.

CWC Group: Where are the most promising opportunities in the Gulf of Guinea for the gas industry?

Jérôme Ferrier: Some countries along the Gulf of Guinea have very large natural gas reserves. Countries like Nigeria and Angola are exploiting their reserves to export liquefied natural gas, while others such as the Côte d’Ivoire and Cameroon have chosen to supply the local economy.

The underlying objectives of the regional energy policy are two-fold – firstly, to develop a regional market by encouraging exchanges between neighbouring countries via interconnected infrastructures; and secondly, to provide the majority of people with access to energy by setting aside some of the gas reserves for the local development of gas power plants enabling electricity to be produced at a competitive price.

CWC: What kind of impact will an unstable global gas market have on the Gulf of Guinea?

Ferrier: Investors not only need stability but also a medium- to long-term indication of the expected return on investment. Any sudden noticeable fluctuation in the global gas market can have an adverse effect on the growth of the gas industry.

It is in the interest of all the Gulf of Guinea countries to find a way of developing a regional market to minimise the impact of any instability and to better ensure price stability in the long run.

CWC: In your opinion, what are the top priorities of the International Gas Union regarding the gas industry?

Ferrier: We announced these priorities as early as 2008 during the campaign that led to the election of the French team at the head of the IGU. For instance, we are trying to boost our global influence by encouraging membership, particularly in countries that are still poorly represented at the IGU such as Africa and South America.

We are also doing our best to make our voice heard in the global energy arena by seizing opportunities that give us the chance to defend the interests of the gas industry.

We are intent on developing and consolidating our relations with the main international organisations in which gas may have a role to play: the UN and its specialist institutions such as UNIDO and UNESCO, the World Bank, the IEA and the IEF to name a few.
Lastly, our communications will be focusing on the conviction that gas is a natural choice in conjunction with renewable energies.

CWC: What is the key message you would like to share with international companies wanting to attend the Gulf of Guinea gas conference?

Ferrier: I strongly encourage international companies to take a proactive approach that fosters dialogue between the political decision-makers, the NGOs, the different stake holders including producers, consumers, regional communities, and all of those involved in the gas industry. By doing this, we should be able to set up a support and solidarity network in this geographic area to make gas "an energy for all".